The History of Dwarika Nath Ghosal sabdaha ghat (Burning Ghat) is mainly a Profile of development made in three phases covering almost the entire Period of 20th Century.

1st phase :-
104 Years ago, in the year 1916,burning ghat was established by the side of the Swaraswati Basin at Domjur Village on a few plots of lands contributed by the local people at the approach of the then founder of this burning ghat, Late Dwarika Nath Ghosal, a resident of North jhapordah Village who made it possible with the help and active co-operation of the local people . Initially , no such activities other than cremation of dead-bodies was heard conducted except observing a yearly festival of kali , the mother ( Deity) in the month of August  ( in Kousi Amabasya). This festival had been continuing since then as usally. Subsequently , two rooms on the ground floor, one as small temple of the Deity and another in front of the then Cremation area, possible for sheltering persons carrying the dead-bodies erected by two benevolent persons of the locality named after Thandaram Das , a resident of North Jhapordah (Rath tala) and Late Natabor Ghosh of South Jhapordah respectively.
With the Passing of time , possibly since 1940, the situation become detorieted for want of any powerful committee or proper supervision etc.this condition contimued for more then two decades the alarming condition drew attention  of some local people who were reported brought the matter to the notice of the then veteran politician, social worker and ex-Jilla Parishad chairman of Howrah District, a resident of North Jhapordah, Late Biswaratan Ganguly who afterwards took initiative and formed a non-register committee to control the situation.

2nd phase:-
It was 1978, Biswaratan babu took charge of the committee as secretary with other important Personalities as committee members and Parishad members. It was time when actual development took place. The old small temple was demolished and a new beautiful one was built on the some place. New Stonebody image of mother kali named as “Ananda Moyee Ma” having two hands as dreamt of by Krishnananda Agambagis , the pioneer in Bengal for worshiping mother kali ( Deity ) was established . This stone – body image was dedicated by Late Ananda Das of Parbatipur village in his father’s name in 1981 , on the right side of the mother’s temple , Late Dr.Umapada Hazra built a temple of lord Shiva where a phallic image of shiva was established in the name of “umananda shiva” Daily worshiping of “Ananda Moyee ma” and “Umananda shiva” was started from this time through appointing a residential Priest .
During this phase of development existing cremation ground was shifted to the back protion of the burning ghat in order to maintain environment and sanctity of the temple . Late Biswanath Das of North jhapordah village had contributed to make the Programme success .

3rd phase :-
After demise of Biswaratan babu Collective leadership come into being in the administration of the burning ghat . In 2008, the Constitution of Dwarikanath Ghosal sabdaha ghat committee was registered under W.B. Societies Act ,1961. People, out of the Surrounding villages used to represent in the parishad (General body) and committee through election . In this way the organization had achived it’s legal status.

The development took place during this time were as follows :-

What our Devotee Says?

I am Visit this place Extremely disciplined place. One can feel the divinity here. One would surely love the serenity and peace prevailing in this sacred place. Historic place in Maa Anandomoyee Mandir. Maa stayed in this place.Many devotees are came here every day for prayer and peace of soul. This organisation is work among the poor families for there development. Great place with divine upliftment and enlightenment.

I am Visit this place Extremely disciplined place. One can feel the divinity here. One would surely love the serenity and peace prevailing in this sacred place. Historic place in Maa Anandomoyee Mandir. Maa stayed in this place.Many devotees are came here every day for prayer and peace of soul. This organisation is work among the poor families for there development. Great place with divine upliftment and enlightenment.

It's a traditional place of Hindu culture. This place has a spiritual atmosphere with discipline and manners. It's also got gardens for young children to have fun. It's got temples and monasteries where the monks meditate. We are allowed to go inside the temples and connect with God and chant mantra and meditate.If you're looking for some solace and peace from your everyday life, this is the place to go.

A very holy place of great importance for the devotees of Maa Anandomoyee. A very big area very well decorated with greenery. Many people from all parts of city & country come here to pray. It a very peaceful, positive, beautiful place... Full of plants everywhere. One pond. Its a very scared place. Very quite and calm. One would definitely find peace there. 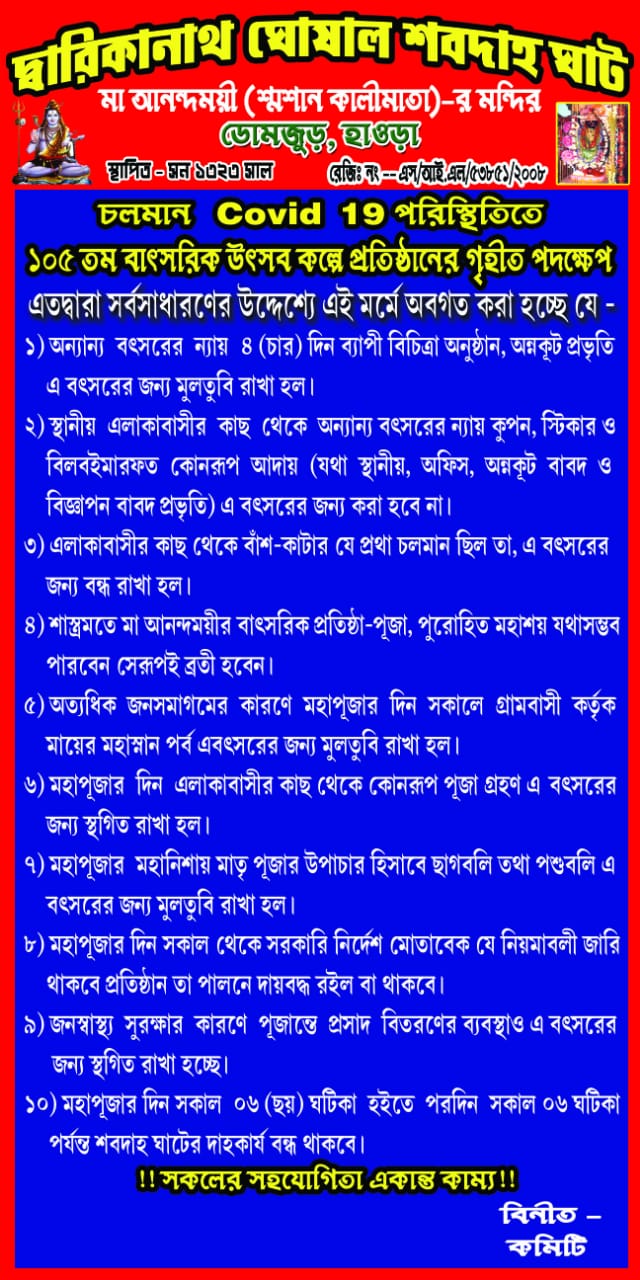